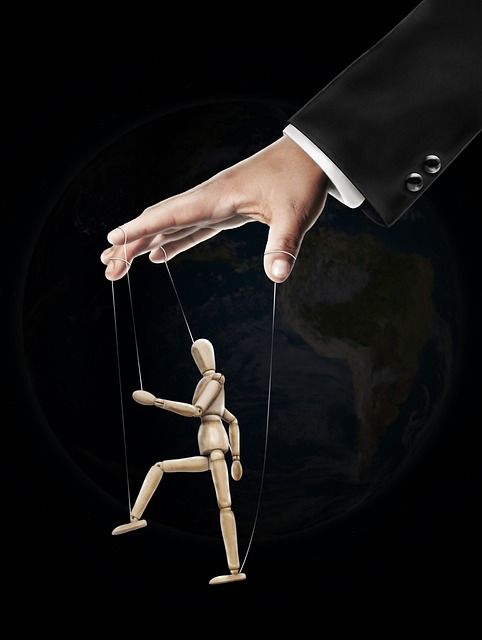 Today, we are going to be talking about the top 15 gaslighting phrases manipulators use. Let’s get started!

Gaslighting is an insidious practice of making a person doubt their perception and assessment of reality by distorting the truth so that it fits the gaslighter’s agenda. If you don’t know what gaslighting is, then we’ve covered that in an earlier article. We highly recommend you check it out.

Gaslighters engage in the manipulation technique of distorting known facts, memories, events, and evidence to invalidate a person’s experience. The idea is to make those who disagree with the gaslighter question their ability, memory, or sanity. (See it in action in the 1944 movie “Gaslight,” starring Ingrid Bergman and Charles Boyer.)

Gaslighters use lies, false promises, and personal attacks to make those around them doubt themselves. For example, at a meeting on Tuesday, your boss says, “You can all leave at noon on Friday.” When Friday comes along, your boss indignantly says, “I would never say you could leave early. You weren’t paying attention.”

When it comes to politics, gaslighting is all around us. Gaslighting also occurs in personal relationships, though it is often subtler, but gaslighting in the workplace can be especially destructive—particularly if your boss is the culprit.

But, in today’s article, we’re going to be listing the 15 gaslighting phrases manipulators like to use. Make sure to read until the end because being aware of these phrases may help you recognize manipulative behavior from people you may have not thought were manipulative.

Below are the top 15 Gaslighting Phrases Manipulators Use

This is one of the most common statements in any gaslighter’s repertoire. It is meant to delegitimize the valid concerns one person has regarding the actions and behaviors of another person by claiming that their supposed hypersensitivity is distorting their judgment.

A person really can be hypersensitive and interpret things in a way that is not an accurate assessment of reality, but a manipulator can easily find a way to convince the victim of manipulation that their emotional states are clouding their judgments, even when that’s not the case. If you are absolutely sure that your perceptions and conclusions are in accordance with reality, and someone is accusing you of just being overly sensitive, you are advised to question that person’s motivation.

Playing innocent is something gaslighters are experts at doing their manipulative tendencies are plainly manifested in the seemingly innocuous statement that is designed to cover the false nature of the manipulator’s words and hide their real thoughts and intentions. By stating that they are unaware of the consequences of their behavior, they’re trying to convince their victim or victims and other people that they themselves are being victimized by being wrongly accused of something.

3. I don’t know what you’re talking about!

This sentence is also one of the most commonly used by manipulative people of all kinds. Their lack of honesty and sense of responsibility, and in some cases lack of any guilt and shame allows them to blatantly lie that they’re not aware of what they are being accused of. What gaslighters assume, and sadly, often get away with, is that by unashamedly denying what they have done and convincing the other person that they’re falsely accusing them of something, it’s actually them who’s being wronged and not the victim of their manipulation.

Making a person question their sanity and judgment by declaring them paranoid or delusional is not uncommon among gaslighters. It is used to completely delegitimize and dismiss any criticism by claiming that their victim is incapable of sound judgment due to their supposed mental problems, and they implement this tactic, especially with people who already doubt their own sanity and their capacity for making rational arguments, probably as a result of being already exposed to chronic gaslighting.

5. You’re not making any sense.

A riff on the previous statement, this sentence is often employed by manipulators to imply that the other person’s arguments are invalid because their capacity for saying judgment is compromised. Unlike in the previous statement, it’s not the victim’s permanent state for rational thought that is questioned, but rather their current state that is clouding their ability for rational thinking.

6. You are just an insecure person.

If you’ve ever been in a position where your insecurity was cited as a reason for your supposed inability to think rationally, you might have encountered a gaslighter. In situations like this, the manipulator is often trying to present their victim as insecure to invalidate their justified suspicions and concerns. The most obvious example of this kind of manipulative strategy is a cheating husband who is trying to convince his wife that her suspicions about his infidelity are just a product of her supposed insecurity.

Plain denial that something even occurred is also one of the signature moves of gaslighters. This denial, especially if the manipulator projects confidence and what they’re saying, can have a powerful and often devastating effect on the victim by completely disorienting them and leaving them to question their own perception and memory. If the victim is confident about what happened and is immune to the manipulator’s lies, they’re less likely to be a victim in the first place.

This example of a gaslighting sentence is typical for manipulators who are prone to blame-shifting, as well as projection. Blame shifting is a more conscious strategy, while projection is a defense mechanism that happens unconsciously, but still contains a lot of manipulative power that the gaslighter is using to declare the victim the real perpetrator of the harm and take the blame off themselves.

9. There is something seriously wrong with you!

Again, the victim of gaslighting is presented here as a mentally unstable person who’s supposed to believe that their ability for hypothesis testing and logical thinking is impaired by their emotional instability, which is often insinuated by the manipulator to keep the victim unsure whether they should trust their own judgment.

10. You are remembering it wrong.

Manipulative people are acutely aware of the power of bringing someone’s memory into question when they are trying to discredit their arguments. As psychologist Bartlet stated: “Memory is more of a reconstruction than a reproduction of reality.” Gaslighters use this fact to their advantage by claiming that their victim’s memory is somehow deficient, which gives them the opportunity to reconstruct past events the way they want. It should be noted that this does not apply to cases where people’s memories are actually impaired, but even then, gaslighting is possible.

What gaslighters and manipulators of any kind or experts are doing is convincing the other person that they’re essentially unlovable, and that the only one who will be able to love them is the gaslighter. This vicious cycle is often seen in many partnerships and marriages with an abusive dynamic where one or both partners are gaslighting each other to prevent any one of them from leaving a dysfunctional relationship.

Blaming someone else that they’re lying is, sadly, often an effective gaslighting strategy employed to unashamedly accuse the victim of lying, when it’s the manipulator who’s being deceptive. If the victim of this kind of manipulation is assertive, cognitively capable, and emotionally strong, they will be more likely to bypass this particular manipulative tactic.

Abusers, especially the more intelligent ones, are the proverbial wolf in sheep’s clothing. Their entire gaslighting strategy is centered on their belief that, if they declare that they themselves are the victim, the person who actually is the victim and other people will be less likely to believe the actual victim or suspect that any kind of manipulative strategy is employed by the gaslighter.

This sentence is another variation on the theme of trying to accuse the victim of lying, while the gaslighter themselves is spinning the web of deception that the victim can easily fall into. It is more subtle than some other forms of gaslighting on the list, but it can be far more potent because it’s easier to believe since words are more difficult to remember than events and can be easily twisted. If you find yourself in the proximity of someone who has a habit of twisting words and denying something you’re absolutely sure you did, you have encountered a gaslighter.

Gaslighting has become such a go-to word in popular culture when manipulative behavior is being described that it has gained enough power to aid even, ironically, the gaslighters to use this word in order to deter others from trying to figure out what the actual truth is. When a gaslighter mentions the word gaslighting, they are probably aware that they will be more likely to be believed, because they have become well-versed in the vocabulary typically associated with gaslighting and other kinds of manipulative strategies.

Those were the most commonly used manipulation strategies employed by gaslighters. If you found this article beneficial, please, share it with your friends and family.

Read More: What To Do When Preparing To Leave The Narcissist.