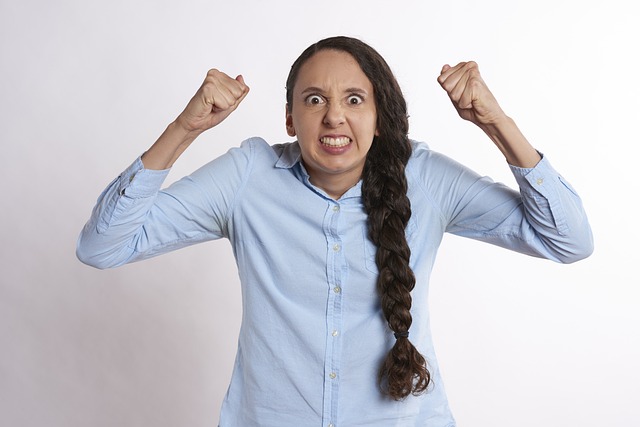 How Do Narcissists React When Confronted? Confronting a narcissist is like walking through a Minefield, you never know what will set them off, and you never know how they’ll react. But you can prepare yourself by knowing the signs of a narcissist and what they’ll do if you cross them.

Here are 10 ways to tell if someone is a narcissist and how they might react if you confront them.

Number 1: Narcissists will deny everything.

The first thing that narcissists will do when confronted is, deny the accusations against them. No matter how valid they are, they will tell you that you are crazy, imagining things, or are a liar. Narcissists will lie straight to your face with no remorse and no shame; they will often try to deflect and divert the conversation away from what they have done and onto something else entirely.

If you confront them about a specific incident, narcissists will deny it happened. If you face them about their behavior, they’ll often try to run around and say that you are the one who has a problem. Narcissists can play these games very well and make you feel like what you’re saying isn’t true.

Number 2: They will use blame shifting.

Narcissists deflect blame because they firmly believe they are always right and the wrong is on other people. They’ll try to make you feel guilty for being upset or tell you that it’s your fault they’re misbehaving. They will even try to convince you that you’re the one who needs to change, that if only you would stop confronting them then everything wouldn’t be an issue anymore.

In reality, narcissists are very good at manipulating people into thinking the problem is with someone else so they can avoid taking accountability for their actions. They don’t want to admit their mistakes because it would mean admitting something wrong with them.

Number 3: They will become defensive and angry.

Narcissistic people are notoriously difficult to deal with and do not get better with time. They tend to lash out at the slightest hint of disapproval or criticism, which is why it’s essential to know how to deal with them. When a narcissist is confronted, it will be difficult for them to accept what’s happening; they will react with anger and defensiveness.

Narcissists May point out that it is your fault for confronting them or they may try to blame you for the problem. When confronted by a narcissist, it is best to remain calm and avoid being drawn into an argument. Narcissists thrive on conflict and drama, if you engage them, they will use your reaction as a weapon against you later on. Whatever they say, don’t take it personally, they lack empathy, so they won’t understand why you’re upset with them in the first place.

Number 4: They will Gaslight you.

Gaslighting is a form of manipulation in which a person or entity, to gain more power, makes a victim question their sanity. It convinces the victim to distrust their memory and perception, to think they’re losing their mind. To Gaslight someone, a narcissist will typically use one of two strategies: They will either deny something that happened or be distorted to make it seem like something else happened.

For example, “I never said that.” “You must be imagining things” or “I didn’t mean it like that.” When confronted with what they said or did, narcissists may try to change the subject immediately without addressing any of those things directly. They’ll accuse you of lying and try to convince others that you’re the dishonest one. Their goal is to make it seem like you are crazy and unreliable so people will trust them more than they trust you.

Number 5: They will threaten you.

If you’re confronting a narcissist about their behavior, don’t be surprised if they threaten to hurt you. Narcissists, like everyone else, don’t want to feel bad about themselves, so if you confront them about something they’ve done wrong and then try to explain why it was hurtful, they’ll probably see this as a threat. They need to feel Superior and in control, so any confrontation can threaten them.

To protect themselves from the confrontation, they may try to intimidate or manipulate you by threatening your safety or well-being. They may also threaten legal action if they think it will scare you into compliance. You can’t change a narcissist’s behavior by confronting them ( See here why narcissists can’t change), instead, you must learn to set boundaries and stick to them.

Number 6: They will withdraw from the confrontation.

Narcissists are not confrontational people, and they do not like being confronted. They will often withdraw from the conversation if you try to engage them about something you think is wrong or disagree with. They may leave the room so they no longer have to listen to you. They simply don’t want to deal with any confrontation at all. This can frustrate people who want to discuss things and find a solution.

Whether narcissists are too afraid of reduction or they don’t care about what others think or feel about a specific topic, narcissists will always find an escape from the situation. They might walk away and ignore what you’ve said entirely.

Number 7: They will project the fault onto you.

If they’re caught in a lie or did something wrong, they will try to project the blame on you. They’ll accuse you of being unreasonable or say it’s your fault for misinterpreting their intentions. They’ll walk away with their head high, looking down on you from a great height. So how can you tell if someone is projecting? Ask yourself, is this person accusing me of doing something they did? If so, you’re right about that.

Narcissists like to be in control of everything, so they will blame you for anything that goes wrong in an attempt to escape responsibility. There’s no point in arguing with narcissists because they will never admit they’re wrong, even if they are. Narcissists want to be correct, so don’t waste their time trying to convince them otherwise.

Number 8: They will refuse to acknowledge your feelings.

Narcissists live in a world of their own and can’t see things from your perspective. When you confront them, they may dismiss your feelings as unimportant or even make fun of you for feeling that way. The narcissist will act like they have no idea what you’re talking about or act as though you have no right to be upset with them. They’ll minimize your experience, tell you it wasn’t so bad, or incest they’re not the problem.

Narcissists cannot empathize with other people; they simply care only about themselves. They may attempt to shut you down by saying things like: “I never said that” or “you’re being dramatic.” They still use their powers of manipulation to make it seem like their actions were for your benefit and that any negative emotions you have are simply an overreaction on your part.

Number 9: They will make up excuses for their behavior.

Narcissists will make up excuses for their behavior. When confronted about their actions, they often make excuses for why they did what they did. These excuses often paint them positively and make the other person look bad. For example, if a narcissist is caught cheating on their spouse, they may say their spouse is too controlling or not supportive enough to make themselves seem like victims.

Narcissists can be very creative when finding excuses for their behavior, they can always come up with a new excuse every time. If their story changes daily, then it’s likely that they are trying to cover up something. They may also tell you they did something to hurt you because they were stressed or had a bad day.

Number 10: They will try to make you feel guilty.

If you call out a narcissist for their behavior, more often than not, they’ll turn the tables and make you feel guilty. They’ll use settle tactics like saying things like: “You don’t care about me” or “you don’t love me.” This is usually because they don’t want to face their behavior, so they try to make the other person responsible for their actions. If you’re not careful, this can lead to a cycle of guilt that is almost impossible to break free from. Narcissists are all about control; this is a way for them to get you to feel sorry for them, and it’s also a way for them to make themselves look good by making it seem like you were the one who was being selfish or unkind.

Narcissists, when confronted, show no remorse, they are always quick to make excuses or spend the situation in their favor. They use production as a defense mechanism and turn it back to you. They may claim they were misunderstood and attempt to punish you by smearing your reputation and making false accusations about you. To respond effectively to a narcissist when they’ve wronged you, it’s helpful to understand how they might react.

Read More: How to Beat a Narcissist at Their Own Game.