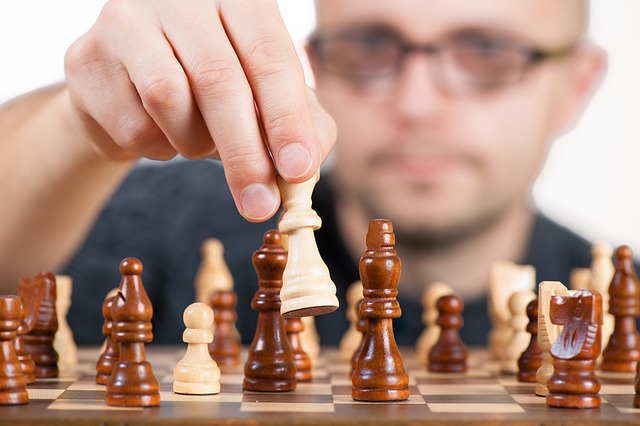 Narcissists are people who take pleasure in exploiting other people. They have a superb sense of self-importance, but their real motivation is to gain power over others. They want to be the center of attention and get their way all the time. If you’re dealing with a narcissist in your life, you know it can be an uphill battle just to get them to hear your side of things. The key to beating narcissists is to understand how they think and what drives them.

Read until the end as I reveal to you 10 ways to beat narcissists at their own game.

Number 1: Remain mindful of your emotions and needs.

The first step in dealing with a narcissist’s game is to remain mindful of your emotions and needs. Narcissists are emotional manipulators who love to make you feel bad about yourself; you must avoid falling into their Trap by getting defensive or angry. You’ll want to avoid any situation where you could be perceived as needing that the narcissist could exploit.

Narcissists love to make you feel like you’re the problem, that you’re crazy, and that they’re just trying to help. It’s essential to remain mindful of your emotions and needs so that you can see through their manipulative tactics. If you don’t take care of yourself, you’ll be sucked into a cycle of abuse that can be difficult to escape.

Refuse to let narcissists get under your skin, feel like they’re winning an argument, or get one-up on you. If they say something that gets under your skin, don’t take it personally, and don’t respond. Remember that this is all part of their manipulation techniques; don’t let them control your emotions. Narcissists thrive on conflict, if there’s no one around who will fight with them, they’ll usually give up and go find someone else who will feed into their drama.

Number 3: Recognize and acknowledge the abuse.

Narcissists are good at making you feel like you’re the wrong one, even when they are blatantly mistreating you. Stop if you rationalize their behavior or try to find some way to make it okay; you do not imagine things. Recognize the abuse when it’s happening, acknowledge how much pain this behavior is causing you and use that knowledge as fuel for change.

Narcissists don’t expect other people to see through their games, once you recognize that the abuse is happening, you can start to take steps to stop it. You’ll be way ahead of the narcissist who thinks they have won because you’ve fallen into their trap. Don’t try to deny what you’re feeling or pretend like everything is fine when it’s not. Recognizing and acknowledging your feelings will make it easier to move on from them without getting stuck in a cycle of self-blame or guilt.

Number 4: Don’t stoop to their level.

So instead of fighting fire with fire, try keeping it cool by not taking things personally. Don’t get caught up trying to prove them wrong or win the argument, they Thrive when they’re being challenged, so responding with aggression will only encourage them. Instead, laugh off their attempts at belittling you and focus on the positive parts of your life instead of dwelling on the negative things that the narcissist tries to bring up.

Number 5: Be kinder than necessary.

Narcissists are experts at manipulation, and if you try to manipulate them back, they’ll just use your tactics against you. Instead of trying to be more narcissistic than they are, try being Kinder than necessary. If they’re trying to get under your skin by being rude and condescending, be patient and kind, even if they’re not reciprocating. This will throw off a Narcissist’s game and make them uncomfortable because they can’t use their usual tactics against you.

Instead of trying to outsmart or one-up them at every turn, focus on being Kinder than necessary. Be kinder than is required by society’s standards; be kinder than what is needed for basic human decency. If you can be kind and patient, you’ll have the upper hand when you come face to face with a narcissist.

Number 6: Don’t show any signs of weakness or vulnerability.

Narcissists are incredibly competitive, they thrive on pursuing power and Status, so they’re constantly looking for an opportunity to prove themselves better than others. It’s important to remember that narcissists are only interested in winning, not what you have to say or how you feel about it. If you show signs of vulnerability or weakness, they will pounce and use those things against you.

When dealing with a narcissist, keeping yourself guarded and unemotional is best. Don’t let them see your reactions or hear your voice falter; they’ll use those moments as weaknesses they can exploit later down the road.

Number 7: Be willing to walk away at any time.

Narcissists are always looking for ways to exert their dominance. They want to be the center of attention at all times and are willing to do whatever it takes to get what they want. To beat Narcissists at their own game, it’s essential to be ready to walk away anytime. If you aren’t willing to do that, the narcissists will continue to take advantage of your good nature and keep draining you dry until there is nothing left.

When dealing with a narcissist, you must learn to walk away from a situation before it gets too far out of hand. Be firm in your boundaries and not allow yourself to be manipulated by them. If they try to manipulate you into doing something, stand up for yourself by not allowing someone to dictate to you.

Number 8: Don’t show them how much they hurt or upset you.

Narcissists love to hear about how they affect you, they love to see you hurt and want you to tell them all about the pain they’ve caused. They like to use your insecurities against you and they get a thrill out of making you feel bad. Narcissists love to see people getting upset and angry because it feeds their ego and makes them feel powerful. If they know that something they’ve done has made you upset or angry, they’ll keep doing it repeatedly.

Narcissists thrive on making others feel bad about themselves, so if you can make them think that their actions do not affect you in the long term, they won’t have any power over you; don’t give them what they want. Instead, show them that you’re over it, that it doesn’t matter anymore.

Number 9: Be aware of your boundaries and stick up for them.

Narcissists are always trying to get you to do things for them: They want you to make all the plans, call them back when they text you, and ask them out on dates. But if you’re going to beat a narcissist at their own game, you have to be aware of your boundaries and stick up for them. If they try to guilt-trip you into doing something that makes you uncomfortable, just say no!

Set boundaries around your time and space and be firm with them. If someone keeps calling or texting you when they know your schedule is full, ask them what they want instead of giving in and saying yes to every request. If someone insists on coming over when you don’t want them there, tell them no! “I’m sorry, but right now I need some alone time.”

Number 10: Never try to fix or change them.

Narcissists are not going to change ( Read this article here if you want to know why), they are who they are and they will always be that way. It’s up to you to decide if that’s something you can live with; they’re not worth trying to fix or change. You’ll just end up frustrated and disappointed, you might also end up hurt or manipulated by their games because they have no qualms about hurting the people who love them if it suits their needs at the moment.

Remember, they are experts at being manipulative, so do not let them manipulate you, and never take what they tell you at face value. A narcissist regularly lies to people, often without realizing it themselves. Above all else, do not take their behavior personally because that is what they want. Take away their power by ignoring their actions and redirecting your time and energy toward things that truly matter to you.

Read More: What Does The Narcissist Do With Your Silence.