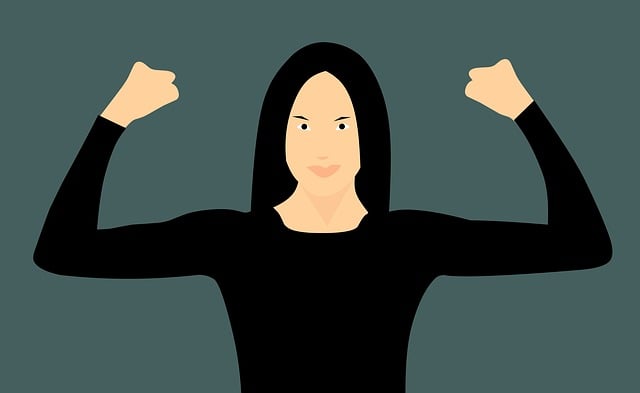 – By the end of this article, you’re going to know exactly how to handle a covert narcissist with strength. Let’s dive in.

Now, to begin with, it’s important to know that narcissistic personality pattern actually manifests in varying degrees of severity on a spectrum or a continuum. And people with this destructive personality pattern can present in different ways. In other words, these are never black-or-white issues and for that reason, it’s not always easy to spot destructive narcissism right away, especially when we’re talking about a less known and understood subtype such as covert or vulnerable narcissism.

The thing to know upfront is this, these people are master manipulators and even the most highly trained clinicians will admit to being duped before being able to put the pieces of the puzzle together and recognize what exactly it is that they’re dealing with. So, don’t be too hard on yourself for missing the signs. It actually happens to the best of us.

That said, the more you know what you’re looking for, the easier it will be for you to identify covert narcissism quickly, so you can save yourself the inevitable grief by either distancing yourself early on or removing yourself from the dynamic entirely. Doing so will help you to avoid unnecessary pain, drama, and trauma, as well as protect yourself from being exploited and drained dry by this stealthy and sneaky master manipulator.

So let’s start by gaining an understanding of the difference between covert and overt narcissism.

Covert narcissism is also known as fragile or vulnerable narcissism. And unlike your more overt or grandiose narcissist, people with this subtype tend not to outwardly demonstrate arrogance or entitlement. Rather than exuding excessive charm or confidence, they’ll present as timid, meek, or shy. And they’ll likely be quite self-effacing. They’ll come across as passive, demure, insecure even.

And if you spend enough time with them, you’ll notice that they’re often anxious. The more high spectrum they are, the more hypersensitive they’ll be, obsessed even. Specifically with regard to their image and how others might perceive them. What others may be thinking or saying about them takes up a lot of their mental and emotional bandwidth. On the surface, they appear to be quite quiet, reserved, and sensitive. They are especially sensitive to any perceived criticism. The mere hint of it in their own minds is enough to cause narcissistic injury. And where there is narcissistic injury, you can be sure all kinds of trouble are soon to follow.

While people with overt narcissism generally seek attention outwardly and put themselves forward as superior or grandiose, one way or another. Subtly or not so subtly, the message is always sent. You are beneath them. Unless, of course, they think being aligned with you in any way will somehow benefit them, enhance their image or serve whatever agenda they might be running at the time, then, of course, you’ll be charmed.

Either way, if you’re paying attention, you’ll notice patterns of manipulative and exploitative behavior that relate to an irrational sense of entitlement, egotistical delusions of grandeur, and an unusually high need for attention, admiration, and recognition.

Covert narcissism, on the other hand, involves a more internalized experience. People with these traits still feel unappreciated, have a very high need for attention and admiration, feel contempt for those they consider to be inferior, and believe they’re entitled to special treatment. But instead of displaying outward grandiosity, they’re much more subtle, sneaky, childish even, and definitely passive-aggressive in how they work to manipulate targets and exploit others. Where the overt or grandiose narcissist is the disagreeable extrovert, the covert narcissist is the disagreeable introvert.

The signs of covert narcissism.

They live in a chronic victim state and mentality. “Oh, poor me,” is their ongoing mantra. One way or another, they’ll be communicating the message of just how hard done they are, how betrayed, how victimized, how used, abused, and harmed they’ve been, no matter the relationship crimes that they themselves have committed. And initially, of course, we believe them and therefore feel bad for them.

Again, they present as reserved, meek, and shy. They’re timid and work hard to project humility, false humility, which they back up with an almost bizarre tendency to put themselves down. And this is where we are duped. The reality is that underneath that shy, reserved, seemingly humble facade, is a great, big, huge, overinflated ego. And if you stick around long enough, you’re soon going to find out to what extent that is true with these folks.

Again, if you pay attention to how you feel in their presence, you’re going to notice that your vital life force energy is literally being siphoned from your very soul. You leave feeling emotionally and energetically depleted, contaminated to a degree. Never uplifted or inspired.

You are truly dealing with a wounded, highly manipulative toddler in an adult body. No matter how old they are or how hard they work to present themselves as good, kind, and altruistic. And that is definitely one of the main reasons this subtype of narcissism can be difficult to spot. They initially present as having empathy, being truly kind, caring, and good people, but in truth, their tendency to step in and help others is purely motivated by a desire for recognition and external validation as opposed to any sense of genuine kindness, generosity, altruism, or just from the goodness of their own heart.

They can also be quite smug, quiet, and reserved with an air of superiority, especially if they feel slighted in any way. Say, for example, once they suspect you’re onto them and aren’t buying the story they’ve been working so hard to convince you of, or something you’ve done or said triggers their thinly veiled insecurity and deep feelings of inferiority. When this happens, they’ll become silent and bitter and sulk like the emotional toddler that they are.

For example, pouting, sighing, the silent treatment, and stonewalling; they’re cowards. Ask them if something’s wrong and they’ll say, “No, everything’s fine.” Even though it’s very clear, it isn’t. They can’t just adult and deal head-on. It’s always about childish games. They’re big on perception manipulation, often through toxic gossip and storytelling. Using truth out of context, telling half-truths, lying by omission, spinning narratives, and leaving out big pieces of the truth lest you figure out that they’re actually the one and only author of their own ongoing and never-ending misery and misfortune.

5. They are pathologically envious.

Like all narcissists, they’re pathologically envious and feel they deserve what others have, even though they’re unwilling to work for it or make the changes that would enable them to attract and create the same for themselves. They also carry a lot of anger and tend to stomp and scream and rage when they can’t get their own way. Or target you indirectly and passive-aggressively behind your back to vent and project their rage, but then smile nice to your face when you’re present.

To say that you’re dealing with an entitled, childish ingrate who needs the whole world to see what a victim they are and feel sorry for them, would be right over the target. Like they’re more grandiose counterparts on this spectrum of destructive narcissism, they lack empathy for the feelings and experiences of others. They have zero ability to genuinely empathize with the impact of their appalling attitudes, choices, behavior, and energy-sucking demeanor on other people.

So how do we manage the covert narcissist with strength?

1. Understand who and what you’re dealing with.

Well, the same way we do any other disruptive narcissist, it begins with radical acceptance. Understand who and what you’re dealing with and stay in the truth of your experience and your reality. Then have realistic expectations. These people do not change. The sooner you surrender to that reality, the better off you’ll be. Once you’ve accepted the reality of the situation and you’re operating from a place of realistic expectations, you’ll want to start practicing the Grey Rock method. But suffice to say, your goal is to detach with as little drama and trauma as possible. You can do this by becoming as uninterested and uninteresting as humanly possible.

And from there, you want to stop engaging to the best of your ability. Don’t give any narcissistic supply through your attention or emotional reaction. Any attention is better than no attention to a narcissist. So cut off the source of the narcissistic supply by giving them no attention and no reaction. Do not explain or defend yourself. And whatever you do, do not personalize their negativity or distorted perceptions of reality. Understand what their stuff is and what is yours and don’t take on their garbage. Stand in your truth with the intent to disengage in so much as you’re able. Establish low contact or no contact, if you can do it. The point is, keep your distance.

3. Refuse to be manipulated.

Now here’s the thing, when you start pulling away from a covert narcissist, they will pull the big victim card. For example, emotional manipulation, childish outbursts, rageful attacks, and perhaps even threats of suicide. If they sense that you’re getting ready to discard them, they’ll become resentful, and one way or another they’re going to lash out. Now, usually, they’ll do this through passive-aggressive behavior, never directly, unless of course they feel cornered then look out.

But in general, the covert narcissist is a coward. So you can generally expect passive-aggressive stuff like smearing you to anyone who will listen. This sort of thing is more their style. The bottom line is this, these people do not change ( You can know why here). Their maladaptive personality significantly worsens under stress or disappointment and the threat of exposure. So make no mistake.

Recognize that it’s not your job to fix, rescue, help, or save them. Decide that you will not let their projection, manipulation, and victim stance determine how you feel about yourself. Do not fall for the BS and do not allow them to gaslight you. This is what narcissists do, covert or overt. They talk to you and about you in such a way that anything that goes wrong is going to be all your fault. And anything that they do or don’t do is also all your fault.

That my friends is one of the ways they attempt to gaslight us. You’ll hear phrases like, “I didn’t do that. I’m not the one who’s angry. Why are you being so sensitive? Why are you so bitter? What’s wrong with you?” And if you don’t have boundaries, realistic expectations, and distance, as an empath, you’re naturally going to start second-guessing and questioning yourself. “Maybe it is me, Maybe I am too sensitive, Maybe I am the problem.” And if you want to know how to set boundaries with a narcissist, read this article.

And friend, don’t go there. I’m not saying you’re perfect, none of us are. But we don’t have to take on their crap. Life is hard enough without all the extra. So be strong in the face of this nonsense and if that’s hard for you, you’ve got to remember, this is your responsibility. It is your responsibility to do your work and get the help and support and guidance that you need, to be able to stand up in strength, stand in your truth and take good care of yourself.

Read More: How to Beat a Narcissist at Their Own Game.