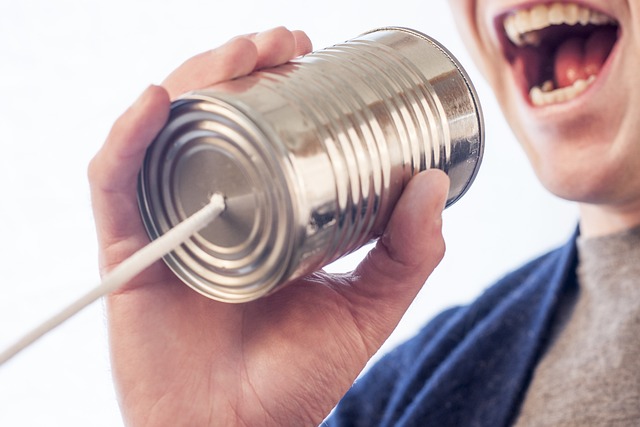 When it comes to saying things, narcissists are very strategic in their approach; they know exactly what to say and how to say it in every situation. They will say things that trigger your emotions in different ways, and almost everything they say follows a similar pattern and that is to deflect and project everything back onto you, even if you have nothing to do with what happened at the time.

So here’s a list of five things narcissists always say.

Number 1: “You never let me finish a sentence.”

When you hear them say this, what they’re really saying is, they don’t want you to speak because what you have to say is actually the truth, and they will counter by manipulating the whole conversation so you don’t get an opportunity to say your piece. And the best way for them to keep the real truth from coming out is to keep you quiet because the real truth will jeopardize their control over you.

Narcissists have a way of pre-programming your brain; they somehow get you to believe what they are saying, and when that works for them, it causes you to become more and more silent throughout the relationship.

This is a very common phrase that covert narcissists like to use, and when you hear this phrase, think about what it means for them. In their mind, they’re already doing everything for you and you’re being ungrateful, at least, that’s what they want you to believe. But the fact is, narcissists, don’t even provide the basic things you should expect from a healthy relationship; things like honesty, respect, and showing affection. They know exactly what they’re doing, and again, this is another way they are able to make you start to doubt yourself, it’s a way to stop you from questioning them.

So what they’re really saying here is, I know I haven’t done anything for you, but I have to make you look as if you’re ungrateful towards me, so you will make this all about you. And what happens next is, you will start to question yourself; you’ll believe that you might not be doing enough on your end so you start to try even harder to please them more. Can you see how this one phrase they use has the power to completely change the course of a relationship?

Number 3: “I don’t know what you’re talking about.”

This one’s interesting, because when a narcissist says this, they actually know exactly what you’re talking about; they just act like they don’t know so they can avoid responsibility for anything and everything. It’s just another phrase that’ll make you feel like you might be going crazy, you might start thinking you could be the problem here like maybe you’re the one making things up.

Have you ever left a narcissist and asked yourself, was I the one causing all the issues in the relationship? Could I maybe be the narcissist here? Am I the reason they did what they did and responded the way they did? Well, I’ll answer that for you, and the answers are resounding, No! It was not you that caused any of the issues, it was the narcissist manipulating you, and that’s the honest truth.

Number 4: “Nobody likes you… or believes you.”

Because narcissists are such great Liars, they will try and make you believe that they have other people they talk to that believe their stories about you. They tell you people are turning against you and you better shape up, or there won’t be anyone left for you to turn to. Chances are, the things they’re telling you are just coming from them alone. There might not be anyone else out there that knows a thing, but they need you to believe there is and feel like you have nowhere else to turn but to them. This is one of the most evil tricks they play on you. Just think about it, what kind of person would go to these lengths to make you feel this isolated and miserable?

When they get you to a point where you believe that you’re the problem, after they’ve projected everything negative back onto you, it’s going to cause you to stop questioning your own reality and just accept the continued abuse because you’ll feel like you deserve whatever is coming to you. And as evil, as that sounds, it’s what narcissists do. Their whole plan is to remove all logic and reason from your thinking pattern and being complete control over you. It’s all just effing disgusting.

Number 5: “Why won’t you just forget about this and move on?”

This is another favorite one for the narcissist, and I’m living proof that it works way more than we should allow it to. In my case, it was worded a little differently, they would say: “Man I’m sorry, let’s forget about what happened and wipe the Slate clean. I’m ashamed to admit how many times I accepted that fake apology. It took me years to understand that the apology was always fake. It was just a way to get me to overlook the bad behavior and give them another chance, another chance to continue the abuse. It would never take too long for them to fall back into that pattern of bad behavior but I kept allowing it. I had allowed myself to become a slave to their abuse.

Narcissists look at this phrase and think: “I want you to accept my bad behavior and just accept that it was a mistake, but I want you to acknowledge that you played a role in my behavior, so you should actually be apologizing to me.” And I’m not kidding here guys, this is how these people think, they don’t think there’s a problem with them abusing you, they think there’s a problem with you for not accepting their abuse.

So now that I’ve laid out an understanding of how narcissists use these phrases, I want you to understand this as well: These phrases can also be used in a non-abusive context. For example, when you make a mistake and you want to forget about it and move on, being sincere in your apology and promising not to repeat whatever bad thing you did, that’s an acceptable way to use this phrase because you mean it when you tell them you’re sorry. It really all depends on the context of these phrases and how they are presented in each situation. So if you tend to use some of these phrases in your relationship, it does not make you a narcissist.

I hope this article helps you understand what narcissists really mean when they say these things. And if you like this content, please feel free to share it with anyone else that might be going through a rough relationship. Let’s get the word out to as many people as we can, in an effort to help the healing process. Many thanks so much for reading.