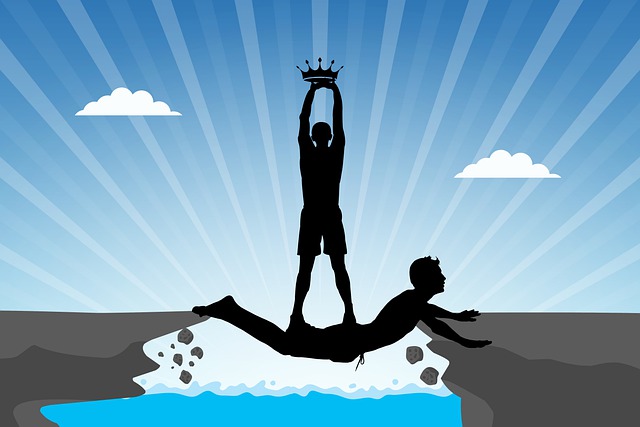 Today, I want to cover the topic of the signs of a psychopath, to help you to know whether you are dealing with a run-of-the-mill narcissist or a psychopath. Because if you didn’t know, they actually share many similar tendencies. Also, I personally believe that narcissism is the foundation of narcissists, other cluster b personality types, sociopaths, and psychopaths, and that is why they share very similar traits.

Narcissists and psychopaths live and work alongside us. Many are hidden in the shadows and have prestigious careers and titles. So it’s very important to know what red flags to look out for, as everything that shimmers is not gold.

Okay, I will first go through the things they have in common, and then will expound on what makes the difference. What lets you know you are dealing with a psychopath instead of just a narcissist.

For anyone who has not looked into this before, you may be surprised by the similarities and the slight differences, and some may even leave thinking that they are dealing with a psychopath instead of a narcissist, but let’s get into it.

Both narcissists and psychopaths are unable to relate, understand, or even care about what others are experiencing. They do not take accountability for their actions. And they would blame others for their faults and wrongdoings.

Both narcissists and psychopaths would use a fake image and charm to impress and gain the trust of certain individuals. They see other people as tools or toys that they can play with.

They will lie about anything and everything they operate in deceit. They are not honest people.

They are also great at acting and mimicking others. They are masters at charming and keeping people intrigued.

They do whatever makes them happy, whatever feels right to them. They like to test and push boundaries.

They are both very controlling and think that their way of thinking and being is superior to other people around them.

Their wants and needs come first, and they have an inflated sense of self-worth or delusions of grandeur.

8. They Tell On Themselves

They show hints of their true nature ever so often, but disguise it with humor or something else. They both have mood swings, and finally, they both like to appear smart or intelligent.

So psychopaths and narcissists are manipulators, and liars, they are deluded, selfish, moody, they lack empathy and accountability, they hate boundaries, they are fake, two-faced controlling, etc.

Now let’s look at what the differences are. What are the psychopathic tendencies you need to look out for?

Well, psychopaths are all of the above as I mentioned, but are more risk-seeking. For example, narcissists cheat on their partners, but the psychopath tends to be super promiscuous and doesn’t care to cover their tracks, as well as a narcissist, would attempt to.

Another difference is in the abuse narcissists are abusive, but mostly it’s insidious or emotional abuse, whereas psychopaths are prone to be violent, and it doesn’t have to be provoked.

Psychopaths are also very impulsive, which complements their risk-seeking nature. No forethought or consideration is given. They act on a whim or an impulse to do or get that thing that they desire at that moment. But this can lead to them outrightly breaking the law, and it does. It can be something small as shoplifting to the extreme of being a serial killer or rapist.

Their impulsive behaviors are something they try to play down or control in order to get by in society.

4. The Narcissist Is Driven By Fear

One of the other major differences between a narcissist and a psychopath is that the narcissist is driven by fear. They are very fearful creatures. They are afraid of exposure, abandonment, and shame, whereas the psychopath has no fear, which is why they take more risks and why they are even more dangerous.

Because as much as a narcissist would love to hurt some of their victims physically, they are too afraid of the consequences and any risk of being caught and ruining their reputation, etc. Whereas the psychopath would relish this, the riskier the better.

The psychopath also doesn’t mind getting their hands dirty, whereas the narcissist is more likely to employ flying monkeys and other agents.

Also, along with fear, the psychopath feels no sorrow. They are not weighed down by any particular emotion actually, and the few emotions that they experience are too short-lived to be counted for. So as a result, they can appear eerily calm most of the time. Psychopaths are not depressed or tormented like a narcissist is because the psychopath has become one with the darkness, they are the darkness.

To conclude, psychopaths are darker and deadlier, but they walk amongst us like narcissists do. Their lack of emotion, even the negative ones, is a clear sign that something is terribly wrong, but they hide in plain sight mimicking or actions and behaviors to appear normal and cohesive. Like covert narcissists, they have learned to blend in and go undetected as much as possible. So that only those who become closest to them uncover the truth, but that’s why it’s important to know the signs, but I believe the best sign will always be. That if ever something seems too good to be true, it probably is.

That’s it for today’s topic, signs of a psychopath, I hope you all found this helpful, thanks for reading. Please, don’t forget to share this article with your friend, sharing is caring.