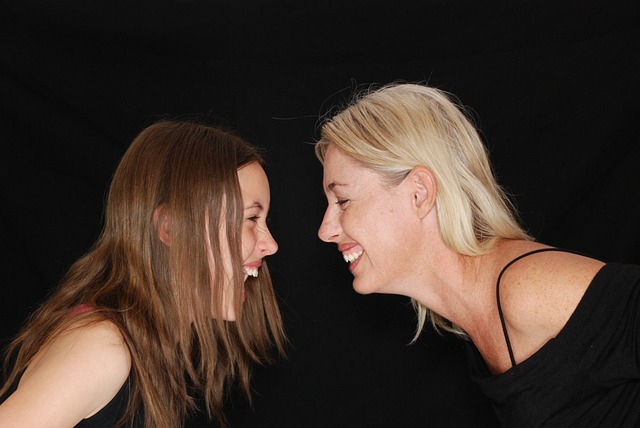 For many people, humor is the simplest yet the most difficult subject to discuss. Have you ever wondered about the logic behind jokes and what are the reasons why certain things make us laugh? In this article, we will be discussing The Psychology of Humor and everything that makes things funny. Make sure to read until the end to understand the various theories and adaptations of humor. Anything that is half-watched is half-understood.

Many researchers find it challenging to explain what factor or situation ends up being funny. They have tried to find the scientific reasons behind humor and have come up with several theories! And today we’re going to disclose some of the amazing theories and research that have been made so far to understand humor fully!

In 2013, psychologist Christian Jarrett presented an article titled That Riddle. The goal of this article was to express how scientists strive to understand why people laugh. The logic behind humor remains a riddle even today for many psychologists. If you consider a certain situation, some people may end up smiling, some may explode in laughter, and few may even use a smirk or sarcasm.

Many times, silence also speaks a lot of volumes in the subject of humor: the legendary actor Charlie Chaplin is a major example. We all know how he made people laugh with only his physical gags. He portrayed a perfect combination of social commitment and desolation.

Theories related to humor that date back to Plato and ancient Greek philosophers say that people laugh at others and their misfortunes due to the feeling of superiority. However, the 18th century brought light to another theory, ‘The theory of release’. Sigmund Freud later enhanced it into the best version. He beautifully explained that people laugh to vent out their nervous energy and feel better.

Moreover, he also explained that people laughed at taboo subjects like sexual themes. Whenever such topics come out with funny punchlines, the suppressed energy and emotions are released as laughter.

Another ongoing theory on humor is the ‘theory of incongruity’. According to this theory pioneered by Kant and later affirmed by Henny Youngman, people laugh at the incompatibility between expectations and reality. For example, when you find the double meaning in a sentence, then you can’t stop yourself from thinking of that sentence from an entirely different angle!

One of the theories of humor by psychologists also mentions the theory of Benign Violation. It was developed by Peter McGraw, director of Humor Research Lab. A good explanation for this is when something violates the way we think the world’s system should work and it works the other way that is not threatening but funny. However, not all violations are funny. We bet you would agree that wars aren’t funny but violent. These depict inappropriate conduct. Thus, the word Benign was derived to differentiate between what is violent and what is benign violent.

When the violation seems okay that makes us laugh and doesn’t cause any harm to others, these incidents can be considered to be part of benign humor. An amazing fact about the theory of benign violation is that it helps in solving many concerns and confusions of psychologists related to the psychology of humor.

Peter McGraw also explains how humor varies by culture and how it is taken differently by different people. Some people follow deep study to become more innovative and creative in their humor thinking skills. One such explanation is that the Benign Violation theory also relates to Surprises! If you remember, Aristotle once said, “The secret to humor is a surprise”. Anything good that is unexpected or that you did not think would happen brings a smile to your face.

For example, an unexpected visit from your loved one during the happy occasion of Christmas doubles the joy. Certain things or situations may not make you laugh like crazy but make you release stress and emotions with a smile. Most times, the detailed meeting with an exchange of thoughts and memories results in humor. Humor is not limited to humans: Though benign violations theory explains how people can find some things funny, but it doesn’t throw much light on the role of humor in evolution.

A well-known anthropologist Gil Greengross discovered that humor is not limited to the human species but it is found in almost every species!! Even in apes, rats, and other animals. On top of that, it was also considered to play an important role in survival!

What makes something funny?

According to many researchers, psychologists, philosophers, and scientists, an adult laughs about 18 times a day. However, only 10 to 20 percent can be accepted as humorous laughter. The ability of humor and its repetitions to make people laugh also changes with time. For instance, you won’t laugh at the same joke repeatedly. The same joke may not be as funny as it felt the first time. It means every humor has a lifetime and the reaction may depend on the physical energy of the person.

Let’s not forget the approach by Kant, Schopenhauer, and Henny Youngman who took the debate on incongruity to a deeper level. As per this theory, an absurd or unexpected situation tickles our sense of humor. Despite many theories and explanations, if you collect jokes, videos, pictures, and texts, it would be difficult to justify why we laugh at some while some we don’t find that funny.

Thus, some psychologists and researchers try the jokes and supporting documents on different people to understand if their studies might work for them. We need to rely on these findings and continue our investigation into the Psychology of Humor. It doesn’t matter whether their theories are based on a strategy or just an inquisition, all the theories from past to present have led great support to the development of Humor research as a subject. We do know that humor helps us release tension, suppress emotions, and helps us feel better.

As a result, humor helps to develop mental and physical health overall by reducing anxiety, stress, tension, and physical pain. As the saying goes, ‘laughter is the best medicine’ and thus, you don’t have to seek someone’s permission to laugh to stay healthy. There are oodles of humorous videos to make you laugh. As we know people interpret humor differently but, we cannot neglect these theories to study humor.

Regardless of the theory you choose, let’s admit humor is there. The debate is endless and so is the research. We are glad we live in an era where we already have limitless theories and notable details related to the science of humor.