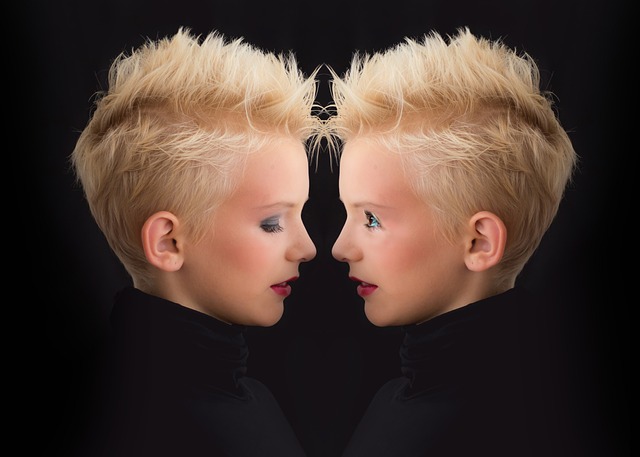 What is healthy narcissism?

Well, the term healthy narcissism is actually a concept in psychology. And truth be told, it’s a concept that some psychologists agree with and some don’t. The term itself can be triggering because the words healthy and narcissism seem to be a contradiction in terms at face value. But the thing to know is that narcissism in its pure definition doesn’t necessarily equate to narcissistic abuse, which is why I personally use the term destructive narcissism when I’m discussing these issues. I think it’s more accurate.

There’s certainly enough information out there on the Internet, based on your personal experience for you to put together whether or not you’re dealing with someone again, who lands on the spectrum of destructive narcissism. But it takes a doctor, and a psychiatrist to diagnose an individual with a personality disorder. Narcissistic personality is one of the DSM-5 (The Diagnostic and Statistical Manual of the American Psychiatric Association, The big five) Narcissistic personality disorder is one of the big five.

The fact that you are dealing with someone who has not been diagnosed, which in my opinion, is most of them by virtue of what they have, these folks are walking around undiagnosed all over the place. By virtue of what they have, they are not putting their hand up for help, they certainly aren’t the issue, therefore often, and probably more often than not, these folks go undiagnosed. So that’s a whole other conversation.

But it’s important to understand this sort of foundational stuff if we’re going to put together what the hell is healthy adult narcissism. ‘Because narcissism is such a big buzzword right now and it gets thrown around a lot where people don’t really understand the implications of putting that label on someone. So, a destructive narcissist pattern has nothing to do with a formal diagnosis by a doctor. What it is, is a cluster of attitudes and behaviors that someone exhibits. They’re going through life with a cluster of attitudes and behaviors that are reflective of a destructive narcissist pattern.

It looks like a lack of empathy, a lack of conscience, an irrational sense of entitlement, egotistical delusions of grandeur, selfishness, and self-centered to the extreme, a tendency to project their own unresolved issues, their own trauma, their own attitudes and behaviors that they can’t acknowledge, own, accept, cope too, project all of that stuff onto the nearest target. So on the spectrum of destructive narcissism, long before we get into the realm of a personality disorder diagnosis, we’ll leave that to the helping professionals who are qualified to do that, that’s another conversation, but long before we get to that place, there are behaviors that we can observe and confirm based on our own personal experience with an individual or individuals that can tell us whether or not we are likely dealing with someone who lands on the spectrum of destructive narcissism. So, it’s important to understand that, that is the spectrum of destructive narcissism.

Well, it’s important to understand that there is such a thing as age-appropriate narcissism and many would agree, myself included, healthy narcissism. For example, it’s perfectly appropriate for a child to be completely self-absorbed. Maybe even a little self-obsessed, grandiose, and have an entitled attitude. We don’t question whether or not that’s appropriate for an infant, a baby, or a toddler; that’s absolutely appropriate.

But the issue is when an adult has not developed healthy adult narcissism and has not developed emotionally, in other words, what happens is they tend to think, feel and act, and even have subconscious feelings and act out not always consciously often subconsciously in ways that are far more reflective of an infant or toddler or an adolescent. In fact, you’re probably often dealing with a very angry and frustrated baby located in an adult’s body when you’re having these really difficult interactions with someone who lands on the spectrum of destructive narcissism.

When it comes to healthy adult narcissism, what it really means is that you have a healthy sense of self and self-esteem. You are not playing this game of one-upmanship your whole life, like going through life with this need to prop yourself up with a false sense of superiority. You do not have an irrational sense of entitlement, you have a healthy sense of humility instead. You’re neither one up nor one down. You can be the generative source of self-love from within yourself, understanding where you end and I begin reasonable, healthy boundaries and limits. You understand and respect the rights of others and have no need or desire to exploit others, diminish others, demean others, to target others. You do not take any sick pleasure or get a sick kick or hit out of harming others, putting others down, that sort of thing.

So just understand as this word you know narcissism and narcissist get thrown around so much so liberally in our society, in our culture, there is in my opinion and the opinion of many experts out there, such a thing as healthy adult narcissism, and fundamentally boils down to having the capacity to love yourself in a way that is not harmful to yourself or anyone else. Like if I had to really boil it down, to the crux of the matter. Can I love myself in a healthy way? See myself in a healthy, realistic way that is productive for myself and certainly not harmful to anyone else.

In fact, if anything, the more we love ourselves, the more we carry higher and higher vibrations of love the more we literally bring that to the world and anyone who is involved in any area of our lives gets to benefit from that. So it’s a tricky conversation and subject because again like I said at the top of the article, healthy and narcissism seem to be an oxymoron. Like they don’t really go together, but understand that there is such a thing as having developed this healthy sense of self and healthy, self-esteem. That’s a good thing. That’s a good thing and that can really serve you really well in your life and it has nothing to do with being selfish and self-centered to the extreme, to where you’re harming yourself and others.