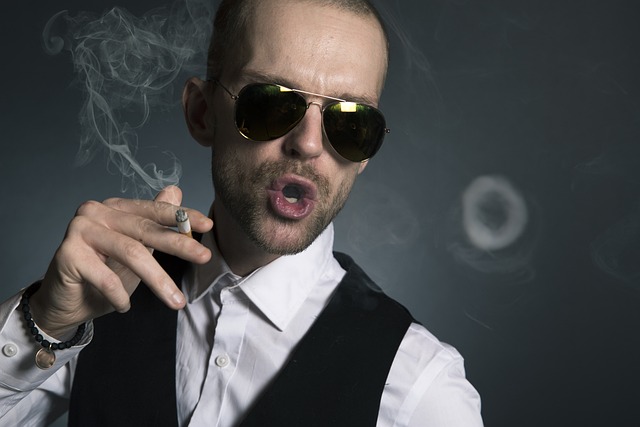 When You Ignore A Narcissist, THIS Will Happen.

Narcissists require attention from everyone around them and this is a requirement that applies to every relationship they’re in; whether it’s a romantic relationship, a friend, a sibling, or even a parent. So no matter what your involvement is with a narcissist, this article is going to help you prepare for what’s to come when you decide to just start ignoring them. When you get to the point of exhaustion from arguing with them, debating things with them, and feeling the need to constantly defend yourself.

If you think you’re involved with a narcissist but you’re not completely sure, here are a few questions that might validate your suspicions and help you confirm things. Is the person you’re with arrogant? Do they always come across as being entitled to everything? Do they lack empathy for you and others? Are they self-absorbed? Do they tend to disagree with everything you say and do? Do they criticize you a lot, but then they’re highly sensitive and defensive when you criticize them? Do they require constant validation and admiration from you and others at all times?

If you’re not in your head yes to these things, please stick around for this whole article because this is all part of breaking the narc code.

The first thing a narcissist will do when you start ignoring them will be to return the favor and ignore you back because they see this as some sort of competition. Remember, narcissists believe they are better than us at everything, they think that because they had given you the silent treatment in the past and had you chasing after them, they see this as a challenge and expect it won’t be long before you come crawling back to them again. Hey, it’s worked in the past, so why not again this time around?

2. They will try and remind you of the good times.

Another thing narcissists like to do when you ignore them is remind you of the good times. They’ll talk about all the great trips you took, share all the pictures of you together during the happy times, anything that might lower your guard. They might start asking questions like: “What happened to us?” Or “where did things go wrong?”

When this happens, take note that they never mention how they may have played a role in ruining what you used to have. How some of those moments weren’t a truly accurate description of the pick that they show you. They leave out the part of how their behavior caused a lot of your unhappiness. They’ll sweet talk you or try and love bomb you back into their life. And they’ll try and lure you with Promises of better times ahead, gifts, and the promise to change for the better. And whether or not they mean any of those things they say and do, once they’ve gotten you to re-engage with them at any level, they’ve just won, again.

3. They try and reason with you.

Another thing they try to do is actually reason with you. And here’s the funny thing about that, they’ll use the same phrases you tried to use with them when you were trying to figure things out, and it got you nowhere. They’ll say things like: “Can’t we just agree to disagree? “Can’t we meet somewhere in the middle here? Or “Will you try and see things from my perspective?

And because narcissists are so full of themselves, they might even go as far as saying: “You know, I agree there is something going on with our relationship and you might want to consider seeing a therapist to figure out what’s wrong with you.” Are any of these things sounding familiar yet?

4. They will heavily pursue you.

This can be accomplished through a few different angles: They could full-out stalk you, start showing up to places they know you go, they might start blowing your phone up with texts and voicemails, or might stalk you on social media and then not make it a secret. They might like and comment on your photos and posts, they might even make posts about you just to try and get a reaction, any kind of Engagement they can get from you.

Narcissists actually have a couple of agendas in mind. The first agenda is they’ll eventually win you back, or if they know the game is over for them, the second agenda will switch to something more revenge based. No matter what the agenda is, it’s all just designed to let you know they’re still around, and they aren’t planning on going anywhere soon. They’ll try and get to you through your friends and family, they might contact them and say they are concerned about you, and they’ll create a story about how you just aren’t in a good place right now and really need their help to get through it.

5. They’ll start a smear campaign in an effort to force you to respond.

They’ll start a smear campaign and spread it throughout your friends, hoping to destroy the relationships you have with those friends. They’ll say things that require you to explain the real truth and, unfortunately, in some cases, the real truth won’t matter to anyone else but you. It’s an isolation tactic they use often when all else seems to fail.

When a narcissist feels they can no longer control you, they try to control how everyone around you sees you, and this can put you in a defensive position and want to confront them to stop all the smearing that’s going on. And when you do this, when you’ve had enough and feel you need to engage with them just to stop the bleeding, guess what, they just won again, because, to them, even negative attention is better than no attention at all.

6. They play the victim card…And guilt-trip you.

Narcissists will also play the victim card. They’ll guilt-trip you and shame you. They’ll say things like: ”Why are you ignoring me after all I’ve done for you?” “Are you really ready to throw all of this away?” “How can you leave me now in the broken state I’m in?” They might even threaten to harm themselves, anything they can do to get you to engage with them.

7. They will threaten and emotionally abuse you.

When those tactics don’t work, they might take it to the next level and start using threats. They’ll abuse you emotionally, tell you that you’re worthless, nobody likes you, and you’re a loser. They’ll threaten to expose your secrets and threats of consequences if you don’t comply and do as they say. These are desperate attempts to terrorize and punish you into submission. So this is why they do what they do, it all has to do with gaining back their supply from you, gaining your attention back in any way they can.

Narcissists can’t stand to lose at anything, and when you ignore them, it humiliates them to no end. So when they promise you everything, don’t fall for it because whatever they promise you, it’s not going to last. Narcissists feel justified in their aggressive and abusive behavior, no matter how far they take it and they don’t feel any remorse or empathy for the way they treat you. They don’t even take one moment to understand the impact their behavior has on you. Because honestly, they just don’t give a shi**t about how you’re affected; they only care about themselves and what they can take from you.

Read More: What Does The Narcissist Do With Your Silence.